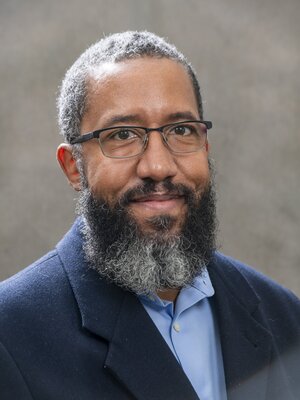 I graduated from the U of I with a BS in Bioengineering in 1995. After taking a couple of years off from school, working and experiencing what life was like not being a student, I resumed working on my goal of going to grad school and began my PhD studies at the U of I in the Department of Molecular and Integrative Physiology. My desire to go to grad school in physiology came from two personal events. The first occurred during the summer before I began attending U of I as an undergrad. Before starting my undergraduate degree here at the U of I, I was offered the chance to participate in a summer research program. I spent that summer learning the process of scientific analysis and experimental design in a lab setting. I really enjoyed the exposure it gave me to the process of scientific study which I hadn’t experienced before. I had the opportunity to continue this work during my freshman year while taking classes for my Bioengineering degree which is where the second personal event happened. While taking my bioengineering classes, I found that my physiology classes were the most intellectually stimulating and interesting classes. It was the interest in the subject matter of physiology and the desire to get back involved in research that ultimately led me towards my goal of going to grad school.

During my graduate studies I had the privilege of being supervised by two faculty mentors; Professor Essie Meisami and Professor Phil Best. Under Professor Meisami’s guidance I had the opportunity to get involved with teaching undergraduate students by serving as a TA for his lecture and lab courses. This introduced me to another interest I never knew I had which was teaching. All of the opportunities and experiences I gained from these events really helped me solidify my desire to purse teaching at the college or university level for my career. As I was nearing the end of my graduate studies, the School of MCB offered me the chance to take over Professor Meisami’s teaching responsibilities so that he could teach a new physiology course for majors. While he became the instructor for the new majors physiology course, I was hired on and took over his responsibilities for the non-majors physiology lecture and lab courses. I did this for a couple of years until the School of MCB undertook a plan to create an integrated Anatomy and Physiology course. I was offered the opportunity to be involved in the creation of this combined anatomy and physiology course sequence which I helped in developing and have been involved with ever since. During my time as the Human Anatomy and Physiology instructor I was also asked by the School advising program to serve part-time as an academic advisor. I was initially hesitant since I really had no experience with advising but despite my private reservations, I joined our advising staff. Throughout my years of advising, I’ve found that my experience as an instructor and the interactions it allows me to have with students has been instrumental in helping guide my advising philosophy. When I first came to the U of I as an undergrad, I had every intention of going to medical school but as a result of some key opportunities and being open to their possibilities, my career went in a completely different (and very rewarding) direction. I would say that the reason I’ve been brought to this point has been due to being open-minded to new experiences and not being afraid to take advantage of opportunities when they’re presented.

Because this initial interest was sparked during my undergraduate studies During my doctoral studies, I had the privilege of having two faculty mentors, Professors Essie Meisami and Philip Best.