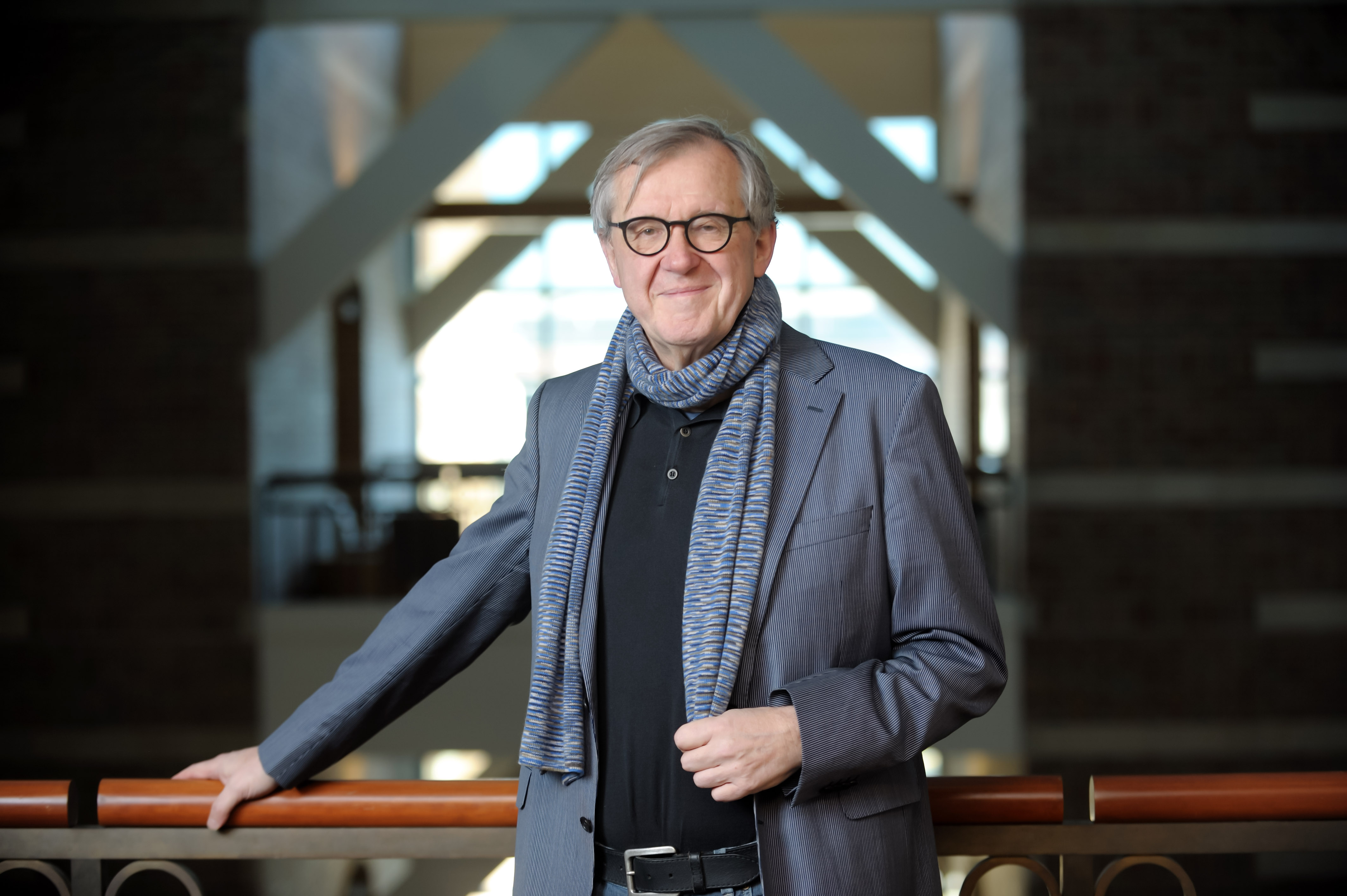 Klaus Schulten, professor of physics and Beckman Institute faculty member for nearly 25 years, has died after an illness. Schulten, who led the Theoretical and Computational Biophysics Group, was a leader in the field of biophysics, conducting seminal work in the area of molecular dynamics simulations, illuminating biological processes and structures in ways that weren’t possible before.

His research focused on the structure and function of supramolecular systems in the living cell, and on the development of non- equilibrium statistical mechanical descriptions and efficient computing tools for structural biology. Schulten received his Ph.D. from Harvard University in 1974. At Illinois, he was Swanlund Professor of Physics and was affiliated with the Department of Chemistry as well as with MCB’s Center for Biophysics and Computational Biology; he was Director of the Biomedical Technology Research Center for Macromolecular Modeling and Bioinformatics as well as Co-Director of the Center for the Physics of Living Cells.

“Klaus Schulten was a cornerstone of the Center for Biophysics since its foundation in 1996,” said Satish Nair, director of the Center for Biophysics and Quantitative Biology. “He was instrumental in nurturing Biophysics in general, and Computational Biology specifically, and helped to establish one of the world’s top programs. Klaus was also a phenomenal mentor to generations of students and post-doctoral fellows, most of whom have gone on to set up prominent research labs of their own. His influence and legacy to the Center was singular.”

“Klaus Schulten was a giant amongst giants, a true pioneer, “ said Stephen Sligar, director of the School of Molecular and Cellular Biology. “As a physicist, he made significant advances in the core programming and hardware needed to advance computational modeling of biological systems. In the application of these advances, Klaus chose the most challenging problems to provide key insight into molecular function. He was a voice for the close collaboration between experimentalists and theorists to advance understanding that is grounded in reality. As an administration, he led numerous efforts to recognize the cross-unit excellence in biophysics at Illinois, nationally and internationally. His passing is indeed a loss to the entire scientific community.”

He is survived by his wife, University of Illinois chemistry professor and physics affiliate Zan Luthey-Schulten; his daughter, Charlotte Schulten, Glendale College professor of mathematics; her husband, Dr. S. Case Bradford at the Caltech Jet Propulsion Laboratory; his brother, Christoph Schulten in Aachen; and his sister, Karin Balmer in Mainz.

Story Source(s)
Read the 2016 edition of MCB Magazine.
Related topics:
In Memoriam
The Beckman Institute for Advanced Science and Technology
Center for Biophysics and Quantitative Biology