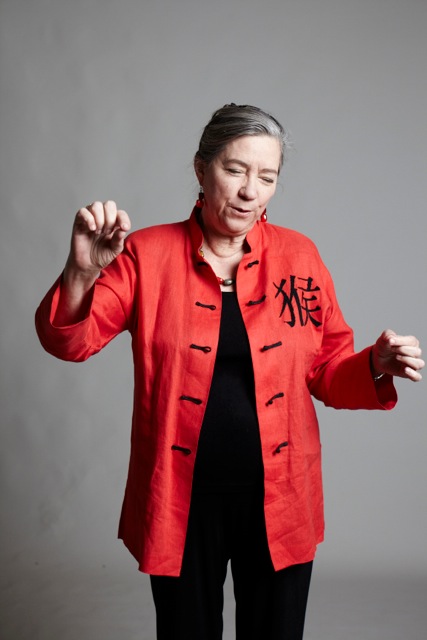 As originally published on the New York Times:

Susan Lindquist, a molecular biologist whose conceptually daring work with yeast proteins opened new avenues to understanding gene functioning and degenerative diseases like Parkinson’s and Alzheimer’s, died on Thursday in Boston. She was 67.

The cause was cancer, her husband, Edward Buckbee, said.

Dr. Lindquist devoted most of her career, first at the University of Chicago and later at the Whitehead Institute in Cambridge, Mass., to studying how proteins changed shape during cell division to carry out genetic functions.

This process, known as protein folding, can go awry, causing such neurological disorders as Parkinson’s, Alzheimer’s and Huntington’s chorea, as well as cystic fibrosis and some cancers. Certain malformed proteins, known as prions, enlist recruits and attack the brain in the class of diseases called spongiform encephalopathies, which include Creutzfeldt-Jakob in humans and scrapie and mad cow disease in animals.

Her research demonstrated that protein-folding errors occurred in all species and that biological changes could be passed from one generation to the next through proteins alone, without the participation of RNA or DNA—a process previously thought to be impossible.

“Her work has provided paradigm-shifting insights into the most basic aspects of cell biology, genetics and evolution,” the Genetics Society of America stated in awarding her its annual medal in 2008.

Her work with yeast proteins generated a multitude of insights into neurodegenerative disease, drug resistance, cancer, evolution and prion biology. In a series of experiments described in a 2006 paper in the journal Science, she and her team introduced a Parkinson’s gene into a yeast cell and, after testing 5,000 genes, isolated one gene with a protein that saved the yeast cell. Later experiments with other labs were successful in saving the neurons of fruit flies and rats.Together the studies opened a promising line of research for an eventual cure for Parkinson’s.

“I do a lot of what you would call high-risk, high-payoff research,” Dr. Lindquist told an audience at Angelo State University in Texas in 2002. “Some of my projects don’t work, but when they do work, they are pretty fabulous.”

Susan Lee Lindquist was born on June 5, 1949, in Chicago. Her father, Iver, was a tax preparer, and her mother, the former Eleanor Maggio, was a homemaker.

As a child, she conducted experiments by gathering berries and mixing them in a bowl to see what happened when they fermented.

After graduating from Maine South High School in Park Ridge, Ill., she earned a bachelor’s degree in microbiology from the University of Illinois in 1971 and a doctorate in biology from Harvard in 1976.

At Harvard, she became interested in the process by which genes provided the information to create a protein. “We knew we had all these genes, and there was pretty good evidence that they got turned on and off, but we didn’t know why,” she told The Boston Globe in 2004. “Each cell was using a different set of them: How does that happen? It was pretty much a black box at the time.”

She focused initially on fruit-fly tissue, acting on a tip by Sarah Elgin, a junior faculty member. “She told me about this cool phenomenon in fruit flies where you can see puffs on salivary gland chromosomes in response to heat,” Dr. Lindquist told the magazine The Scientist in January. “If you labeled the salivary glands, you could see new proteins being made. I wondered if tissue- culture cells would make similar proteins. If so, it would make molecular analysis possible.”

After completing a postdoctoral fellowship at the University of Chicago, she joined the university’s department of molecular biology and began working with yeast, despite warnings by a colleague that she could ruin her chances for tenure by switching organisms. Because she had never thought tenure was a possibility in the first place, she later said, the threat seemed moot.

“So this was an aspect of gender inequality that was extremely positive,” Dr. Lindquist told The Scientist. “It allowed me to be fearless.” She added, “My highest aspiration then, if I did really well, was to have a corner of a lab and write grants under the auspice of a male professor.”

She ended up running her own molecular genetics lab with a staff of 20. In 1997, she was elected to the American Academy of Arts and Sciences and the National Academy of Sciences.

Interviewers often expressed puzzlement that a medium as unpromising as brewer’s yeast could be a scientific gold mine. Dr. Lindquist sympathized.

“Even people in my laboratory thought we were crazy to try to study neurodegenerative diseases with a yeast cell,” she told The NewYork Times in 2007. “It’s not a neuron. But I thought we might be looking at a very general problem in the way proteins were being managed in a cell. And yeasts are easy to study because they are such simple cells.”

In 2001, Dr. Lindquist accepted the joint appointment of professor of biology at the Massachusetts Institute of Technology and director of the Whitehead Institute, best known for its work on sequencing the human genome. She served as director until 2004. In 2010, President Obama presented her with the National Medal of Science.

Dr. Lindquist lived in Cambridge. In addition to her husband, she is survived by her daughters, Alana Buckbee and Eleanora Buckbee, known as Nora; and her brothers, Alan and John.

“I have to tell you that the sheer intellectual joy of finding out how life works is really cool,” Dr. Lindquist told The Times. “This is the greatest intellectual revolution, and it is happening right now, and I’m lucky enough to be in the middle of it.”