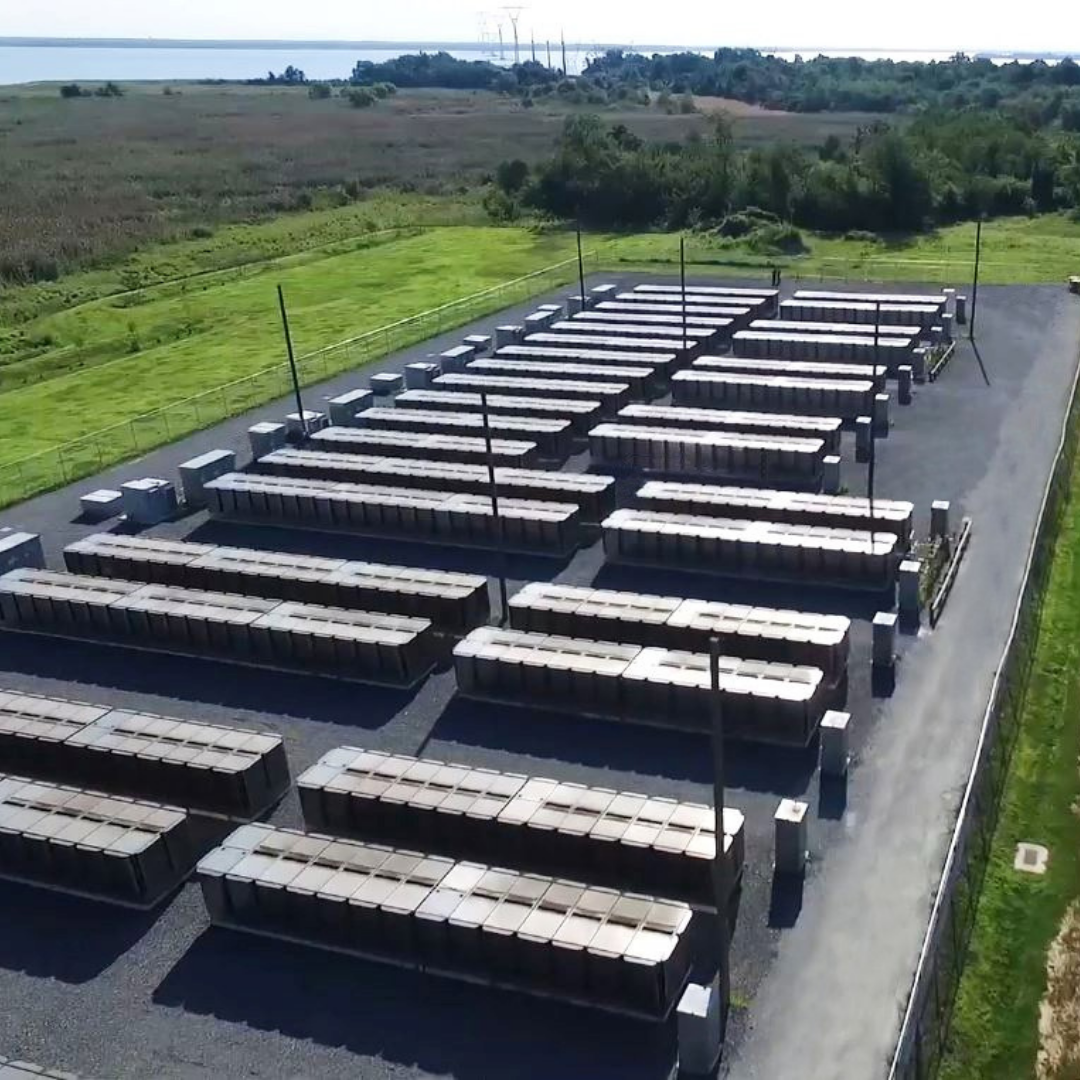 Growing up in the Illinois steel town of Granite City, Susan Brennan was certain once she left, she would never live near a factory again. However, in the years after graduating from the University of Illinois, she would become a leading voice in rethinking and transforming American manufacturing. Her life, she discovered, was best lived when she wasn’t following a pre-determined path.

“The theme through my career has been doing something that either no one else has done—At Bloom, we’re the only company that has commercialized solid-oxide fuel cell distributed energy—or solving really hard problems using my brain and the education I received from Granite City High School and the University of Illinois,” Brennan said.

Since graduating from Illinois, she’s been following her passions and pursuing opportunities that have taken her across the country and the world. For example, she reduced hazardous waste by modifying the manufacturing process at an automotive supplier. She brought Nissan’s electric vehicle, the Leaf, to market. As chief operating officer at Bloom Energy, she is currently tasked with developing sustainable, onsite fuel cell power systems. Some countries are betting on fuel cells for cars. Susan Brennan and Bloom Energy are betting on fuel cells for distributed power, meaning energy is generated at the site of the organization, be it a hospital or a Home Depot.

“Having grown up in Granite City, I recognize it’s easy to close factories and destroy communities. It’s a lot harder to keep factories open and make them healthy. Bloom has no combustion so there’s no NOx (nitrogen oxides), no SOx (sulfur oxides), no harmful particulate matter. I’m interested in technology where people, technology, and jobs can coexist,” she said.

Early in the COVID-19 pandemic, when temporary facilities were needed to isolate and treat patients, Bloom Energy deployed its fuel cells at healthcare facilities and pop-up field hospitals across the country. It also refurbished more than 1,300 out of service ventilators in response to increased demand. When Bloom found itself in need of rapid, reliable, and inexpensive COVID-19 testing for its essential employees, the company, whose leadership includes several UIUC alumni, partnered with the university. With the local health department and other businesses, they launched a mobile lab and testing system with SHIELD T3 technology at their Sunnyvale, Calif. location. As a result, their employees and those of others in the area, have been able to continue working safely throughout the pandemic.

Bloom Energy is also continuing to grow, develop the technology, and drive down costs. In recent months, the company announced a collaboration with a Korean engineering firm to install 100 kilowatts of solid-oxide fuel cells powered by hydrogen in South Korea. Also, a new pilot project with Idaho National Laboratory will provide insights on how nuclear energy can be an efficient input into a solid-oxide electrolyzer system for carbon-free hydrogen production. 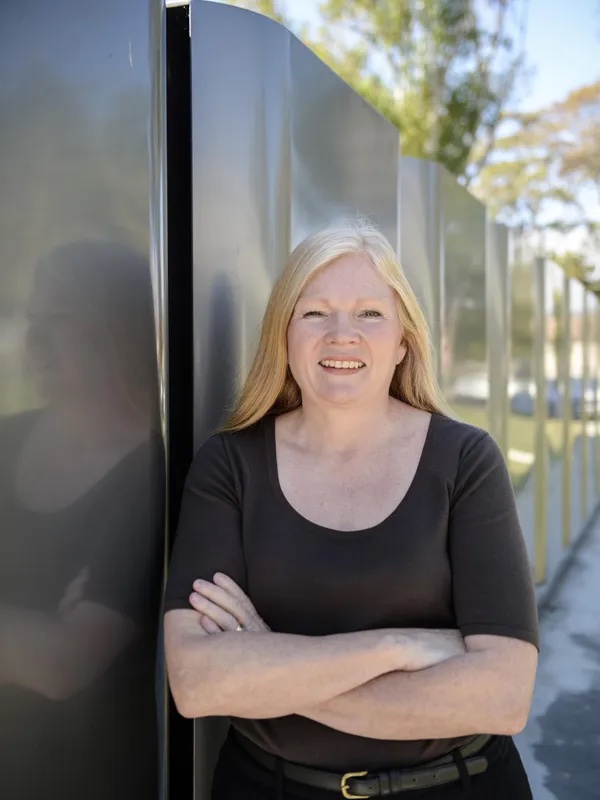 Throughout her life Brennan has always been passionate about getting to the root cause of problems. When she entered the University of Illinois as a freshman, she had her mind set on pursuing a PhD in genetic engineering because she wanted to understand her family’s history of congenital heart disease. When she was five years old and her brother a year old, their father died from the disease. Other relatives have also been affected by the condition.

“I didn’t want other kids to go through what we did, and I really wanted to figure out how that happened,” she said.

At the U of I, she studied microbiology and took a variety of classes, including virology, all of which fueled her passion for research. She also worked as an undergraduate researcher for several faculty whom she found inspiring. It was the early ’80s and scientists were beginning to conduct AIDS research, and molecular biology was an emerging field.

After graduating with her BS in microbiology, she conducted research at Monsanto, followed by MD Anderson and Hoechst-Celanese in Texas. However, she soon learned that working in a lab by herself didn’t fit her personality.

In the late ’80s, she and her former husband moved from Texas to southwest Iowa. Although she’d received an offer to conduct research at the University of Nebraska Medical Center, an ad in the local newspaper piqued her interest. An automotive supplier, Douglas and Lomason, was looking to hire someone with a science and chemistry background. Waste from its coating operations, which contained pollutants such as heavy metals, was overwhelming the city’s wastewater treatment facility and the factory was facing closure.

As the company’s environmental and coatings manager from 1989 to 1992, she determined that the solution to removing hazardous waste and reducing the solid waste produced by the company was to modify the manufacturing process. Ultimately the company was recognized by the state of Iowa for its waste minimization efforts.

“It was my first foray into being hands-on and being the one leading and developing the plan to really green the plant,” she said.

The experience showed her that it was possible to both support manufacturing jobs and the environment.

Throughout the ’90s, she advanced in her career in automotive manufacturing, building a new automotive components plant supporting Ford in Kansas City, MO, followed by being recruited by Ford, where she worked as a plant manager for several assembly plants across the country. Her career with Ford would take her to Michigan, New Jersey, then back to Detroit as Ford’s director of global manufacturing. Along the way, she earned an MBA from the University of Nebraska and was named twice to 100 leading women in the North American automotive industry by Automotive News. She has received a distinguished alumni award from the University of Nebraska and several community leadership awards.

In 2008, she was named Nissan’s vice president of manufacturing and moved to Nashville, Tenn. At Nissan, she brought to market their first electric vehicle, along with five other vehicles, including the first Infiniti built outside Japan.

When approached with the offer in 2013 to move to California and join Bloom Energy, Brennan was intrigued because of her love for solving tough problems and the possibility of introducing new technology to the world and creating jobs.

Throughout her career she made it a point to support fellow women in manufacturing and to encourage girls to pursue careers in STEM. While in Detroit she was part of an automotive women’s association and upon learning that there was no similar group in the south, the Southern Automotive Women’s Association was born. The organization she founded, which provides scholarships for students as well as educational, mentoring, and networking opportunities for its members, is now twelve years old.

“The reality is universities and employers really have to think about the culture they’ve created, and what the reality is for women. Women still do most of housework and child rearing. … I come from the Baby Boomer generation, where careers were viewed as a ladder. If you missed a step on ladder, you were off the ladder. … Women should be allowed to go sideways and then get back on ladder.”

When she talks to girls today—she believes their interest should be developed by middle school—she often stresses the financial benefit of pursuing a future career in STEM. The future is full of exciting possibilities, she believes, especially in technology development. They can dream big, such as creating cars and materials out of microbes. As for her own future, Brennan may one day return to research after she retires. She still has the desire to understand congenital heart diseases and discover future treatments.

Reflecting on her career, Brennan said she is most proud of the jobs she created. “It’s an ‘and’ discussion with me. You can do good and do well. A company that is not viable is of no benefit. You need to provide good jobs—healthy jobs that people want to get up and go to in the morning. I feel like I’ve done a good job of that.”