In the Genes - Journeys 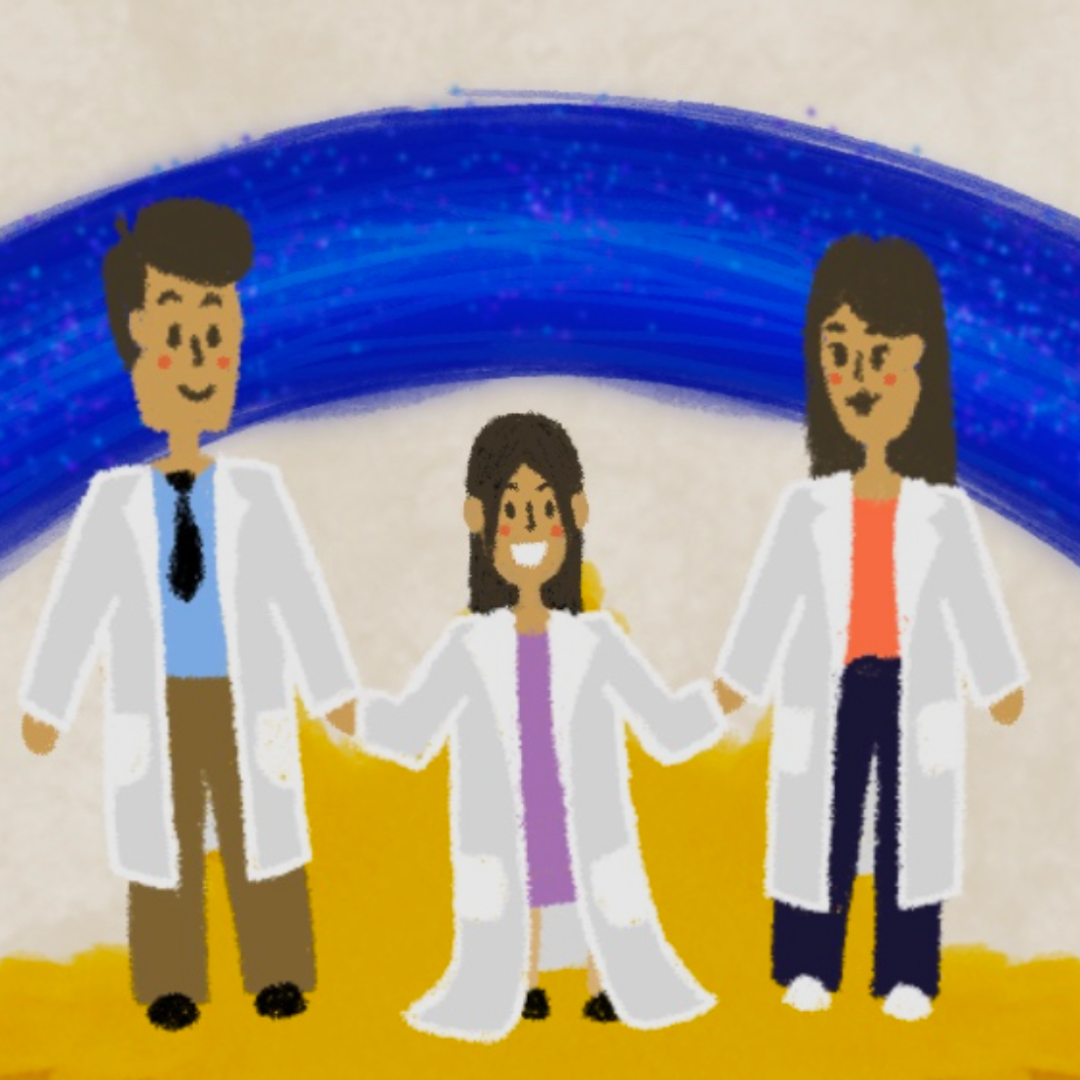 Plenty of students dream of going to medical school, but the process can be intimidating. How’s a student supposed to manage an intensive science degree on top of university staples like getting involved in clubs, making friends, and maybe even managing some research experience on the side? We sat down with Angela, a junior majoring in molecular and cellular biology (MCB) with plans for med school, to find out what it takes.

How has your UIUC experience been so far?

With the pandemic and all, it’s definitely been a challenge. When I graduated from my high school, [there were] 23 students [in my class]. In my whole school there were 150 high schoolers. So coming here was a shock. It was a little bit of a challenge trying to put myself out there and finding new friends.

The main things that helped me were the RSOs that I joined, specifically the Philippine Student Association and my medical fraternity Phi Delta Epsilon. I’ve met friends there that I’ve stayed close with throughout my whole college career, and I’m still making more. That support system that I have—not just with my peers but with my professors and advisors—has definitely helped me get through the challenges of the pandemic and converting back to in-person [classes] this year.

What have you gained from your involvement in the Philippine Student Association?

[I joined the] Philippine Student Association [because] I wanted to become closer to my culture. And right from the beginning, I felt so much support. And it’s interesting to learn about the different generations of Filipinos in America. I’ve made friends with Filipinos who immigrated here and their family is still back in the Philippines, or first-generation Filipino-American students like me. It was nice to know that I wasn’t alone. My parents attended college in the Philippines, so when I began the college process and was navigating through my first year, my parents were equally as lost as I was. So it was comforting to know that I wasn’t alone in that aspect.

I’ve [also] had the privilege of leadership opportunities and experiences [in the PSA]. [During] my junior year, there was an annual conference that the PSA hosts every year called Filipino Americans Coming Together, and I was able to be involved in planning that virtual conference. We had a variety show that needed a lot of planning, so I was one of the coordinators for that as well.

How about your medical fraternity?

Phi Delta Epsilon really helped me solidify my career choices as an aspiring physician. Before I joined, I was lost. It was very overwhelming to think of my next steps as a pre-med student straight from freshman year. It was nice to have a support system where we’re all taking the same classes and struggling together, but in the end, we’re all going to become great physicians. And that support system has lasted all these years. And I’m really appreciative of that.

Tell us about your research experience.

I work at a crop transformation facility in Research Park. It’s possible to get into research even as a freshman! It’s just a matter of reaching out to professors and finding subjects that you’re genuinely interested in researching. Don’t be afraid to put your foot in the door and see if there are research positions available, even as a freshman. I know it’s very valuable to have research early on so that you can grow and learn throughout your whole college career.

What are some of the best parts of being a bio major?

It pushed me at least to learn time management skills, especially with all of the RSOs that I am in. In terms of biology, specifically, it’s such a broad topic, but I think MCB clicked so much with me because it’s like a puzzle, and it’s like a story.

Something so fulfilling throughout my core classes or the advanced classes that I’m taking in MCB is that sometimes I just sit back after a lecture and realize, “Wow, there’s so much that I know.” You don’t realize how much material you’ve learned after all of these years and how you can synthesize new information from all the other classes you’re taking.

What got you interested in biology and medical school?

When I came to college I didn’t really know if I was [certain about] my career as a physician, but I had known since high school that I was inclined toward the sciences. And I was interested in how innovative medicine is becoming, and how new things are being discovered every day. So I knew that I wanted to become something in the science field—to either conduct research or become a physician. But what made me really solidify my decision was my desire to help people. I think there’s something self-fulfilling, being able to help people on the daily, and I can’t imagine how great it would be to have a career that overlaps my love for the sciences and my care for humanity.

What are some of the greatest accomplishments you’ve achieved over your college experience so far?

Being able to help mentees as an MCB Leader. One very fulfilling experience that I had [with MCB Leaders] was with my mentee, who was struggling finding friends. There were a lot of times where she would stay in her dorm for weeks and not really socialize. The advice that I gave her was along the lines of, “You are capable of changing your perspective of college. And sometimes, you just have to look at everything in a more positive way.”

When I met up with her a few months later, there was a drastic change. And she told me that she really took my words to heart, and it really changed her way of looking at college. So it was nice to know that I had a positive impact.

It has also been a huge accomplishment to [be able to] keep up with my studies, in addition to all of the other things that I am in. It was really tough during the pandemic, where we didn’t really have any social interaction. I really owe it to my friends for that support system.

[I’m also proud of the] variety show that I co-coordinated last semester. It was very nice to see it come together in the end and see how many people enjoyed it throughout the Midwest and how the work paid off.

What are some of the obstacles you’ve faced?

My first exam in MCB 150 I pretty much failed. It was like a 63%. And I thought, “Okay, this is great, I’m going to have to change my major,” because I thought that was the end of me. But then again, finding that support system and talking about it with people and realizing how normal it was to fail an exam in college really helped me change that perfectionism mentality that I had in high school.

You learn much more from your mistakes; you don’t appreciate your successes if you don’t fail. So I’m glad that I’m failing enough to appreciate the small successes I have in life. Bottom line is, it was hard to keep up everything and help others during the pandemic, but it’s gotten better.

What advice would you give to students interested in studying biology?

I think going into [bio], a majority of people are pre-med. But I encourage [students] to keep an open mind and explore all the career options that you have with a biology degree, because you never know; you might find something that will make you happier in the long run. Make sure that you are choosing a career based on your own passions, rather than expectations from outside sources.

Any advice for first-generation students or students whose parents didn’t go to an American university?

My biggest thing is, remember you’re not alone. There’s support out there; there are resources out there at UIUC. There are a lot of first-generation students [and students whose parents didn’t attend an American university] at U of I, and we all share the same experiences yet are able to really learn from each other’s unique backgrounds. The resources that you need to navigate college are there; it’s just a matter of being proactive and advocating for yourself to find those resources and use them wisely.