History of the Department of Microbiology

The University of Illinois Urbana-Champaign has been home to many outstanding microbiologists who made seminal discoveries that significantly increased biological understanding and advanced the field of microbiology.

In a 2015 ceremony, the American Society for Microbiology designated the University of Illinois Urbana-Champaign as a Milestones in Microbiology site. At the time, the university had six past presidents of the American Society for Microbiology, formerly Society of American Bacteriologists: Thomas J. Burrill (1916), H. Orin Halvorson (1955), and Abigail A. Salyers (2002) who all served as president of the society while at UIUC; Salvador E. Luria (1968), L. Leon Campbell (1974), and Stanley R. Maloy (2006) served after they left the university.

The university is also associated with landmark events of the society. In December 1915, the university hosted the Society of American Bacteriologists meeting where the group decided to publish its first journal and to establish local branches. The Journal of Bacteriology appeared in Spring 1916, and the Bacteriology Club at Urbana was recognized as the first local branch in 1917.

Coverage of the ceremony.

Photos from the event 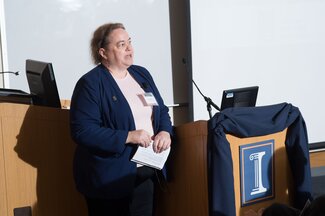 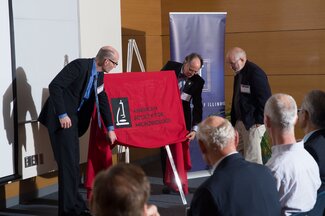 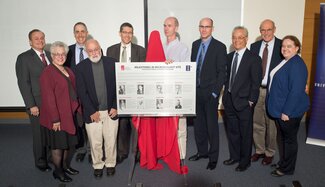 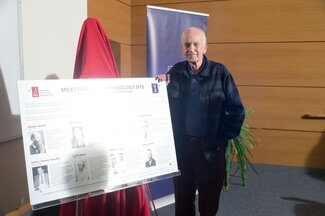 Ralph Wolfe's history of the department

Written by the late emeritus professor of microbiology, Ralph Wolfe, the "History of the Department of Microbiology: 1868-2009" document details the history of microbiology at the University of Illinois, including an article from 1959 about the department, Wolfe's recounting of the department’s history, his observations, and anecdotes shared with him.