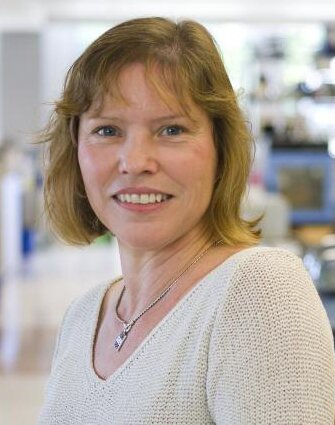 I have long been interested in the mechanisms of genome evolution, and especially in the functional impact of genome variation on gene regulation during development. My group’s current work is focused on: (1) Examining regulatory mechanisms that control fundamental, conserved processes of development and postnatal phenotypic plasticity; (2) Investigating the interplay of conserved and species-variant transcription factors (TFs) and TF networks in shaping this plasticity; and (3) Probing long-range gene regulatory mechanisms in mammals, using mouse mutants and genomic approaches to understand how these mechanisms contribute to plasticity and disease.

Although many animal behaviors are species-unique, many behaviors, including many types of social response, are very deeply conserved in both expression and in the underlying mechanisms. In virtually all social species, exposure to social stimuli also elicits a learned response that shapes future behaviors. as members of a collaborative team of experimental and computational biologists in the UIUC institute for genomic biology (IGB), we have tested the hypothesis that learned social behaviors are regulated by common molecular molecular mechanisms in animals of diverse types. To test this notion, we have examined brain gene expression and chromatin accessibility after exposure to salient social interactions and compared active TFs and regulatory networks across behavioral model species.

Our work has confirmed that there are deep commonalities in mechanisms of social response across the animal kingdom - and revealed mechanisms including a conserved modulation of metabolic signaling and re-activation of regulatory programs most commonly associated with embryonic brain development. These studies have provided a first glimpse at conserved mechanisms underlying learned social response.

The Stubbs group is focused on validating and explicating these mechanisms using the mouse model system, which allows exploitation of rich genetics and genomics resources to further probe these ancient regulatory networks. We are exploring key TF nodes to discover their regulatory targets and to investigate how their genetic variation translates to differences in behavioral response. Since abnormal adaptation of social stimuli underlie many different types of neurological disorders, and since the mechanisms we are uncovering are so deeply conserved, these studies have significant potential to reveal the mechanisms of development and neural plasticity that are directly relevant to human health.

Vertebrate genomes are organized into "topologically associating domains", or TADs, that spatially group neighboring genes within the nucleus. Within these domains, regulatory elements may interact with local promoters, regardless of gene boundaries, and confer some level of co-regulation upon the neighboring genes. The classical tool for discovering these long-range regulatory effects and for linking distant regulatory elements with gene promoters has been genome rearrangements, such as translocations and deletions, which occur far from genes but yet disrupt their tissue-specific and/or temporal expression. These types of mutations are rare, but when they exist, provide valuable tools for dissecting the structure and function of extended and distant regulatory domains.

Early in my career, I helped develop a unique collection of mouse mutants, each carrying distinct reciprocal chromosome translocations. We have mapped and sequenced the translocation breakpoints, and showed that simple DNA "breakage and reunion" events with molecular signatures of non-homologous end-joining, a repair mechanism also associated with translocations occurring in somatic tissues, was also operating in the germlines of the founder translocation mutant mice.

Our major interest is in the translocations mapping far from any gene sequence that disturb long-range regulatory architecture within TADs, and generate tissue-specific, "conditional" gene knockouts (KOs) of important developmental genes. We are investigating the effects of these mutations on neighboring clusters of co-expressed genes, and particularly those cases which closely model the effects of regulatory mutations associated with human neurological disorders. Most interestingly, these mutations have revealed novel functions for developmentally essential genes that are not recapitulated by simple KO mutations.

12Gso, a reciprocal translocation involving chromosomes 4 and 9, is associated with recessive skeletal development, kidney, and reproductive defects (left). The mutation produces a tissue-specific KO of Tbx18 by separating the gene from long-distance enhancers, including a urogenital enhancer that our group has recently characterized. Because translocations involve obvious changes in chromosome structure, they can be visualized and mapped with fluorescent in situ hybridization, or FISH (right).

An example is the 12Gso mutation, which is located more than 80 kb downstream of the Tbx18 transcription factor gene; mice inheriting this mutation display a tissue-specific KO of Tbx18 in somites and urogenital tissues (figure above). 12Gso acts by separating Tbx18 from an essential enhancer, called ECR1, that is required to drive gene expression in urogenital tissues. Other enhancers required for somite development are likely to be located further downstream (Bolt et al., 2014). These novel, conserved regulatory elements provide a new window to the genetic and epigenetic causes of related human disease.

Other mutants in our collection provide insight into the regulation of genes linked to behavioral abnormalities including impaired sociability, seizure disorders, aggressive behavior, other neurodevelopmental phenotypes. We are combining experimental methods such as chromatin immunoprecipitation (ChIP) and chromatin conformation capture (4C), together with mouse genetics and bioinformatics approaches to understand regulatory architectures that control the complex expression patterns and functions of these essential neurodevelopmental genes.