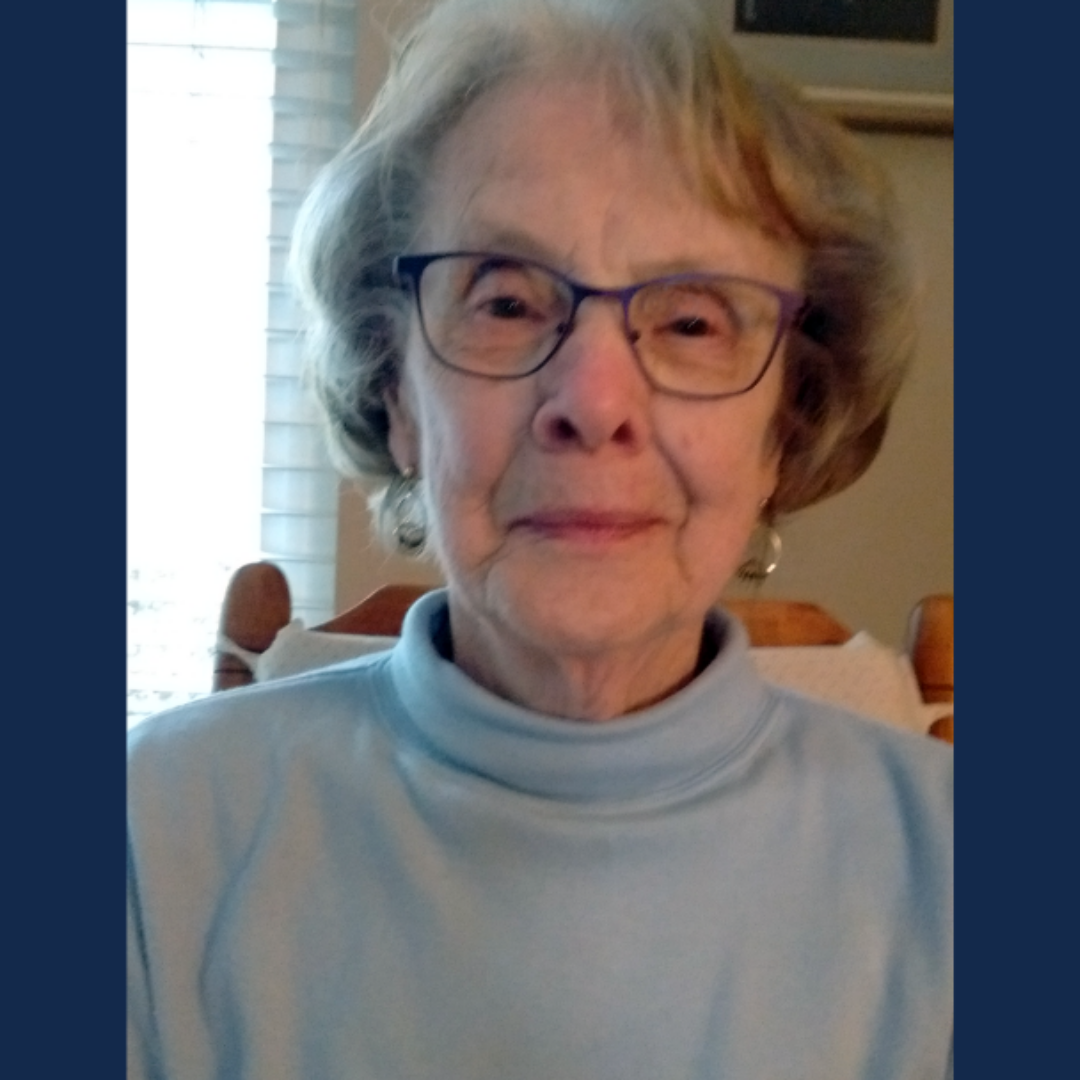 On the first day of a chemistry lecture in Fall 1951, Carrol Foxall recalls the instructor informing the class, which included a handful of women, that he’d never given an A to a woman before, nor did he intend to that semester.

“I’m sorry, Charlie,” Carrol said to herself, “but you’re going to give an A this time.”

She earned a 98 on her final exam.

Despite being told that women didn’t belong in science, Carrol Foxall would go on to forge a successful and diverse career in science. She worked on the development of a heart-lung machine, conducted research in the early days of the AIDS epidemic, explored the efficacy of monoclonal antibodies, and much more.

Throughout it all she volunteered in the communities where she has lived and remained engaged with the University of Illinois. She and her husband, fellow Illinois graduate Robert Foxall, recently established a new Summer Undergraduate Research Fellowship to support students in the School of Molecular and Cellular Biology on their journeys to becoming well-rounded scholars.

“Growing up, my mother had the philosophy that if you’re able to benefit from society, you have an obligation to give back,” she said.

The youngest of five children, Carrol Foxall was born at the tail end of the Depression and grew up in Chicago. After graduating from Austin High School, she enrolled in the University of Illinois. Foxall excelled in microbiology and, in her senior year, had the opportunity to work in the lab of Prof. G. I. Wallace, a medical microbiologist. He was a great mentor to her. At the time, Wallace was working with an international group of scientists who were planning the Antarctic Research Laboratory. Foxall and fellow researchers in his lab were tasked with solving the problem of how to eliminate human waste at the site without polluting the environment.

She found she loved doing research in the lab. She graduated with a degree in bacteriology in 1954. Thanks to Dr. Wallace’s recommendation, she went to work at the University of Illinois College of Medicine in Chicago. At the time, the U.S. was in the midst of a deadly polio outbreak. She tested patients to determine if they were dying from polio or hospital-borne infections.

Upon moving to Cleveland, Ohio, she obtained a research position at Mt. Sinai Hospital where she was involved in cutting-edge research projects. One studied what effect immune responses had on mice with cancer. Another project focused on developing an early heart-lung machine.

Carrol retired from research when she became a mother. In the 1950s there were few options for daycare. She enjoyed her time raising her three children and actively volunteered in their schools. However, she also intended to one day return to research.

That eventual return would prove to be a challenge.

“Being a forty-something trying to go back in science was difficult. The science had moved forward,” she said.

She knew she would have to pursue a graduate degree. She had started to look for opportunities in Boston when her husband accepted a new position in Kansas. Through a chance meeting with Eunice Dowse, former Illinois Dean of Women, she was introduced to Paul Magelli, who had become dean of Fairmount College of Liberal Arts and Sciences at Wichita State University. She was able to begin her graduate research at Wichita State University. Her thesis topic was “Immune Responses to Cytomegalovirus” and she earned her M.S. in 1984. She and her husband relocated to the San Francisco Bay area. A recommendation from a WSU professor led her to a research position with famed AIDS researcher Jay Levy.

“It was fascinating work. … and it was exciting to be part of it,” she said. At the time, scientists were just learning about the disease.

That work was followed by a position at Xoma, a biotech company. Their focus was developing monoclonal antibodies to treat melanoma and septic shock. Foxall’s specialty was developing assays. She also conducted research at Glycomed, a biotech start-up that focused on the glycosylation of proteins as therapeutic tools. Glycomed merged with a company in San Diego in 2000. She retired from full-time work, but spent several years working as a consultant.

“In my career, what stands out is the amazingly broad scope of the science that I worked with and how it advanced over the years. … While things may change, many things stay the same,” she said.

For example, her work in the 1950s focused on understanding how hospital-borne infections compromised polio patients. Today, amid the COVID-19 pandemic, physicians and researchers are also studying the long-term effects of COVID. At Xoma in the 1980s, she and other researchers were interested in monoclonal antibodies and how the body reacts to them. Today, antibody therapies are used to treat a variety of illnesses from cancer to COVID-19.

“We’ve come a long way. We keep learning new things. And to me, that’s the joy of science. The learning never stops,” Foxall said.

Foxall has embraced education, especially a liberal arts education, throughout her life. During her career she took courses in biochemistry and genetics at the University of California, Berkeley. In retirement, she takes a variety of classes through her local Osher Lifelong Learning Institute, from the Ethics of War to the Renaissance.

Foxall’s evident passion for learning is accompanied by her desire to give back to the community. She spent 20 years volunteering at a hospital gift shop. She enjoyed talking to patients and their families, listening to their stories, and providing comfort. She also volunteered for over two decades as a tutor in an inner-city school.

“The beauty of being a graduate of LAS is that I not only received an outstanding science education, but I got an education in all the humanities, including foreign language. … I was fortunate to have a really well-rounded education.”