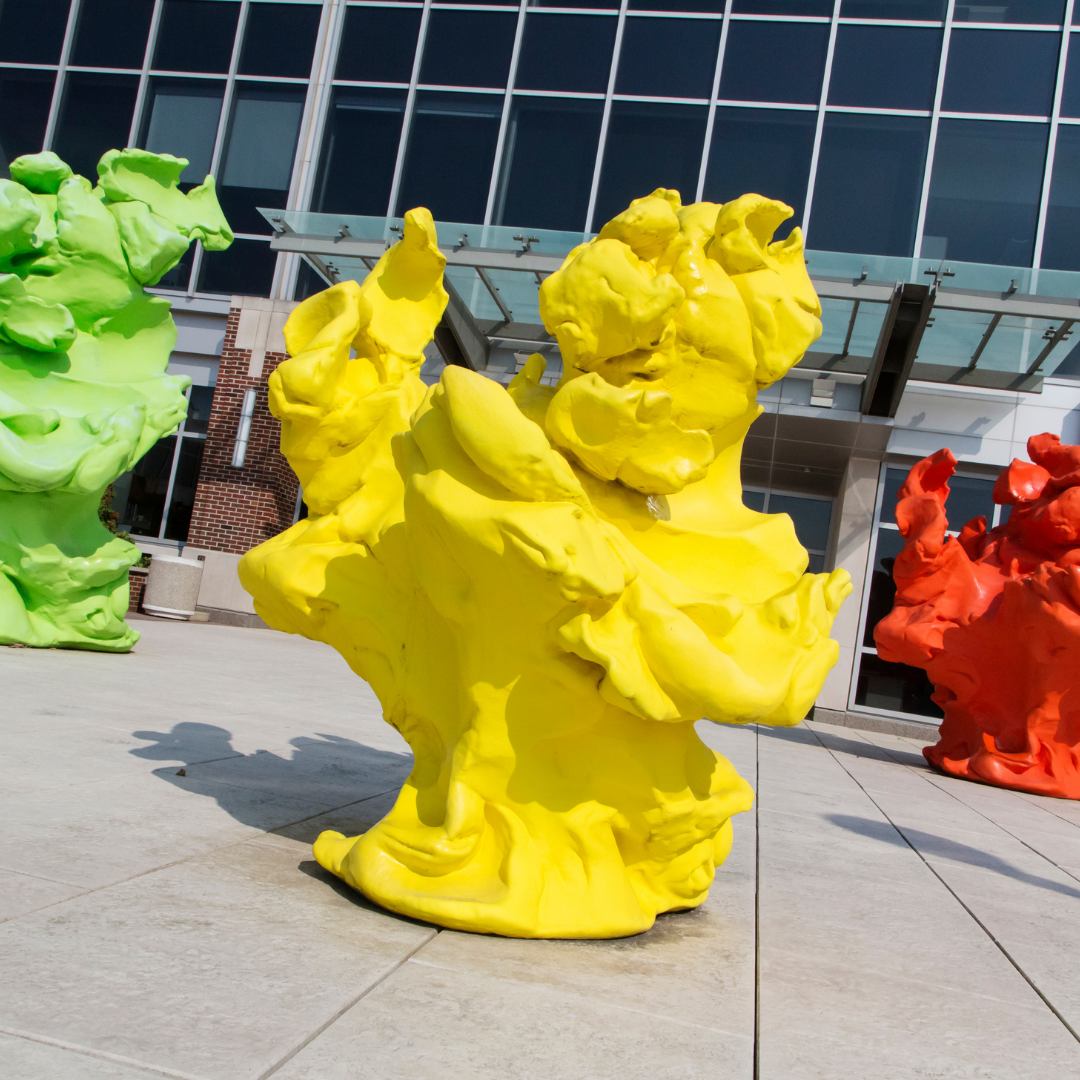 The Young Innovator program is designed to help trainees become innovative leaders in their fields. The students attended classes for ten weeks over the summer and, at the end of the program, participated in an idea competition, showcasing the projects. One of the participants was an MCB graduate student studying microbiology in Dr. Rachel Whitaker's lab.

The program is funded by the Catherine and Don Kleinmuntz Center for Genomics in Business and Society (Kleinmuntz Center) and was developed in 2021 by Cecilia Gentle, a former Economic Development Fellow at the Carl R. Woese Institute for Genomic Biology, and Erin Louer, IGB’s Education Coordinator and Manager of the Kleinmuntz Center. Every week the participants met for 1-2 hours and learned about different aspects of innovation, including patent law, technology transfer, market research, communication, and entrepreneurship, from leading experts in the field.

For their final presentations, the participants were coached by Catherine Kleinmuntz. They were evaluated based on how well they identified a problem, its solutions and market attractiveness, and whether they could complete the project within the proposed budget and time frame. The top three participants were awarded tiered funds ranging from $5,000-$20,000. The winners will use the funds to advance their novel innovations.

“This year’s cohort came in knowing that they wanted to create something that made a positive impact and could change the world for the better. They left with proposals that have the possibility to do just that,” Louer said. “We are excited to see how this program continues to expand and grow, and are deeply grateful for the support of Don and Catherine Kleinmuntz. Without this support, the program would not be able to continue. We all look forward to watching the participants excel as they continue working on their projects and developing their careers.”

This year the judges included Marissa Siero, the Senior Associate Director of Business Development and Operations at the Gies College of Business at the University of Illinois Urbana-Champaign; Nancy Sullivan, the CEO and Managing Director of Illinois Ventures, an early-stage technology investment firm; Todd Kuna, the Vice President of Business Development for CG Life, a life science and healthcare marketing agency; and James Kasuboski, the Vice President at OMX Ventures, a firm that invests in early-stage companies. Although three winners were chosen, everyone was praised for their efforts and novel ideas.

All the participants will also receive one year of paid affiliation to EnterpriseWorks at the Research Park. EnterpriseWorks supports the University of Illinois and community entrepreneurs in all stages of their startup journey. An affiliate status will allow the participants to access the shared working space and facilities, including visual branding and website development support.

Skye Shepherd won first place and is a graduate student in the Cunningham (CGD/MMG) Nanosensors Group. She is studying how to better detect proteins that can be used as biomarkers in the blood to detect cancer, cardiovascular disorders, traumatic brain injury, and many other diseases. Unfortunately, the current methods for protein detection are often too slow, not sensitive enough, and require specialized equipment. Shepherd hopes she will use a Protein Immunoassay with Nucleic Acid Target Amplification (PINATA) platform technology to rapidly measure proteins with precision.

"This program motivated me to devote time and energy to ideas I had been previously hoping to pursue, allowing me to take an idea from a concept to a viable product," Shepherd said.

The second-place winner was Alejandra Zeballos, a graduate student in the Gaj (BSD) lab who is creating new therapies for neurological disorders. Therapeutic tools are challenging to develop because the technology in question needs to access specific tissues within the nervous system with ease. To do so, Zeballos is using viral vectors to access cells and deliver DNA for the novel therapies being developed at the Gaj lab. Zeballos is working on NeuroGeneous Therapeutics, which is a platform that will rapidly select which virus vectors are capable of delivering these therapies.

Jason Wang, a graduate student from the Kong (GNDP/M-CELS) lab, won third place for his proposal to develop BioNoise, a high-throughput biological noise analysis platform. Measuring any population of cells is difficult because each cell is different. Many large populations of cells need to be quantified to understand biological noise. Wang will develop a “lab-on-a-chip” device that can measure the noise and be used for different cell types and sizes at a lower cost. The entire process will also be automated, allowing researchers to save time on sample preparation.

The other participants included Amanda Bacon, a graduate student in the Cunningham lab, who is developing an instrument that can detect allergens in food; Devyani Swami, a postdoctoral fellow in the Perez-Pinera (ACPP) lab, who is working on treating various lung disorders using CRISPR tools; and Ruben Sanchez Nieves, a graduate student in the Whitaker (IGOH) lab, who is genetically modifying the archaeon Sulfolobus islandicus so that it can be used in industrial processes.