GIVE to Unconventional Wisdom: Spotting HIV in the Blood 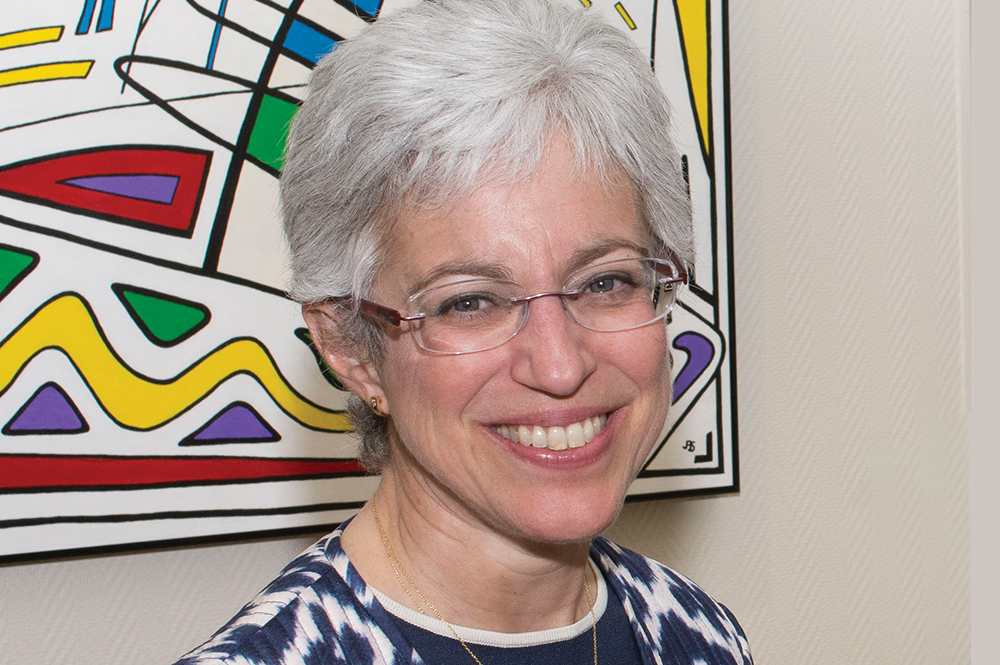 A mysterious ailment struck Deborah Paul’s younger brother, Tim, in 1982, when lymph glands all over his body suddenly became swollen. He recovered, but it took two years for doctors to finally figure out what had triggered the problem.

In 1984, Paul’s brother developed pneumocystis pneumonia—a type of pneumonia that was beginning to affect many men in different parts of the country, particularly San Francisco and NewYork.This form of pneumonia was linked to AIDS.

Tim recovered from the pneumonia, which typically killed AIDS patients. But cancer struck her brother later the same year, and in March of 1985, just two months after Paul received her PhD in biochemistry, her brother passed away at the age of 28.

In honor of her brother’s memory, LAS alumnus Paul has chosen to establish the Deb and Tim Paul Endowment Fund to support University of Illinois work in infectious disease and immunology.

For her commitment to her brother, her work, and the U of I, Paul is the winner of the 2016 LAS Dean’s Quadrangle Award.

Paul’s endowment at Illinois will eventually support a research chair, but there is no one yet in that position. So, in the meantime, the U of I is supporting a professorship out of the endowment fund.The first Deborah Paul Professor of Molecular and Cellular Biology is Milan Bagchi in the Department of Molecular and Integrative Physiology. Bagchi’s lab is deciphering the molecular genetic basis of steroid action that affects female reproductive tissue—work that has implications in breast, ovarian, and endometrial cancers.

At the time of her brother’s death, Paul had just begun her new job at Abbott Laboratories in Chicago, where she had begun looking for a way to find HIV—the virus behind AIDS—in the bloodstream. One year later, Paul succeeded, becoming the first to detect HIV in the blood. She said she just wishes it could have been discovered in time to help her brother.

Deborah Paul was very close to her brother, despite having completely opposite personalities. Paul is introverted, content to burrow away in her laboratory, while Tim was a complete extrovert. As she put it, “Tim could walk into a room of strangers and make everyone his friend.” He was also creative—writing poetry and short stories and playing multiple instruments.

“He played piano beautifully and would accompany people who sang professionally at different venues.”

Paul came to U of I for her master’s in 1977 after receiving a bachelor’s in biology from the University of Wisconsin at Parkside.While she was on the Illinois campus, Paul says one of the greatest influences on her career was the late Carl Woese, the acclaimed microbiologist who supervised her master’s thesis.

“I had never met anybody like him,” she said. “He was the most original thinker, and it was because of him that I saw you could challenge ideas.”

Woese went on to discover an entirely new domain, or kingdom, of life, despite many scoffers. Likewise, Paul faced similar skepticism when she began her pursuit of a way to detect HIV in the blood.When she

started this work, the conventional wisdom was that HIV did not circulate in the bloodstream.

“People thought: ‘Why even bother looking for it?’” she said. Undeterred, Paul set up her lab in the basement of Abbott, where she initially had the entire floor to herself. But being alone was heaven for this introverted scientist. Within a year, she had developed a test to detect HIV in the blood, but skepticism outside of Abbott continued. When the team submitted a paper to get the technology out there, one reviewer responded with four blunt words: “I don’t believe it.”

But the test proved to be a success and was patented in 1988. Although it has since been replaced by nucleic acid tests, this initial test helped in the fight against HIV. Paul’s test identifies during the initial infection, and when the virus reemerges after going dormant. It was also used to monitor therapies because by monitoring viral levels in the blood with the test, scientists could determine if the drug was killing HIV, or if the virus was becoming resistant to the therapy.

In fact, by using this test to screen new potential therapies in viral culture, Abbott Laboratories developed Norvir, the first protease inhibitor to target the HIV virus.The medication was approved in 1996, and even today it continues to be used in combination with other drugs to combat AIDS.

Paul retired from Abbott in 2016, but she remains active as a group fitness instructor, teaching aerobics and toning classes, pilates, and barre, a ballet-based form of exercise—“ballet for the masses,” she says. In addition, she golfs three times a week, and when she travels on golf trips, she will often shoot 27 holes in a day.Two years ago, she even had a hole in one.

On a professional level, Paul set up the Illinois endowment to foster breakthroughs on intractable infectious diseases—the kind of work she did on AIDS. But on a personal level, she said the research she is supporting takes on deeper meaning because of her brother, who was so proud of her.