The Changing Shape of HIV 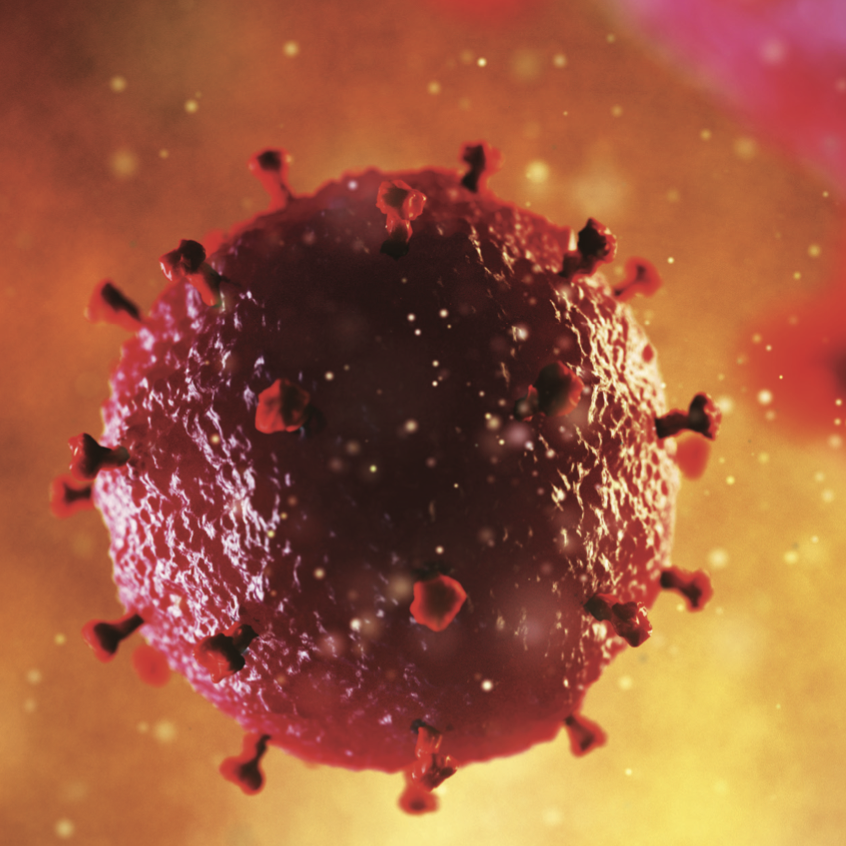 According to Erik Procko, HIV is “a tricky little beast.”

Research into this potentially deadly virus, which has infected nearly 38 million people worldwide, accounts for half of the Procko lab’s work at the School of Molecular and Cellular Biology.

“What’s clever about it,” explained Procko, assistant professor of biochemistry, biophysics and quantitative biology, “is that it has ways to either hide from the immune system or to trick the immune system into mounting a response that is ineffective. That way, over time, the virus can evade your responses.”

One way that HIV eludes the immune system is by presenting multiple conformations of the HIV envelope protein to the body’s cells. The envelope protein enables the HIV viral membrane—which surrounds the viral genetic material within—to fuse with a host cell. Once fusion is complete, the viral material is released, allowing the virus to infect the host cell and begin to replicate.

“The envelope protein is conformationally heterogeneous—there are many different shapes that it presents,” Procko explained. “The problem is that not all of those conformations are necessary for HIV infection. Antibodies may bind to a certain shape of the envelope protein but then fail to neutralize the virus and fail to prevent the virus from infecting the cell.”

“We can mutate everything—every possible single amino acid substitution can be put in our experiments,” Procko said. They then look at “how these mutations affect shape changes and how that might affect presentation, for example, of the envelope protein to the immune system.”

The lab creates a library of every possible genetic mutation—around 20,000 in all— before introducing this collection of mutants into cell culture. The culture is screened with antibodies that recognize particular conformations.

How might understanding the body’s response to conformational variations in the envelope protein play a part in creating better vaccines?

Any successful vaccine needs “breadth—in that you target a broad diversity of HIV strains— and potency, so that you’re most effective in neutralizing the virus,” Procko added.

While looking at ways to engineer the envelope protein is not unique, many of the lab’s methodologies are. First and foremost, the creation of big data tools that allow them to carry out what they call “deep mutational scanning.” By analyzing data on both viral proteins and their receptors—molecules in the body that the virus binds to—the team can better understand the mechanisms behind viral transmission.

According to Procko, a typical biochemistry student might look at a dozen protein mutations, “test those mutations, see what effect that has and that could be a good chunk of their thesis work.Whereas, with the methods we now have, we can look at thousands and thousands of mutations in a single experiment.”

Another difference: while many labs use purified fragments of the HIV envelope protein, Procko’s group does all of their research in the context of the complete envelope protein in a membrane.

“We have the full envelope protein embedded in the membrane,” he explained. By using a more true-to-life context, their research findings may be more applicable to the development of certain vaccines, such as virus-like particles— essentially the HIV virus without any viral genetic material.

When Procko arrived at Illinois, his focus was on neuroscience. But soon, he added HIV to his research portfolio.

“I came and I started brand-new projects from the very beginning.That’s exciting— thrilling, even,” he recalled. “But it’s also quite nerve-wracking, as things can take longer to get going and you’re always kind of wondering how people in your new field will receive your research.”

Thankfully, his peers have recognized the value of “somebody from outside of the field coming in with new ideas, new techniques to try to apply to problems in the HIV community.”

Now, as well as mentoring undergraduate and graduate students in his lab, Procko collaborates with scientists around the country and at UIUC, including Blue Waters Assistant, Professor Diwakar Shukla, in the School of Chemical and Biomolecular Engineering, and Associate Professor of Molecular and Integrative Physiology, Hee Jung Chung, at MCB.

And he feels that he is doing the best research of his career.

“It’s a great place to work,” he said. “Everyone’s very friendly and helpful, and I’m excited to do the research I do.”