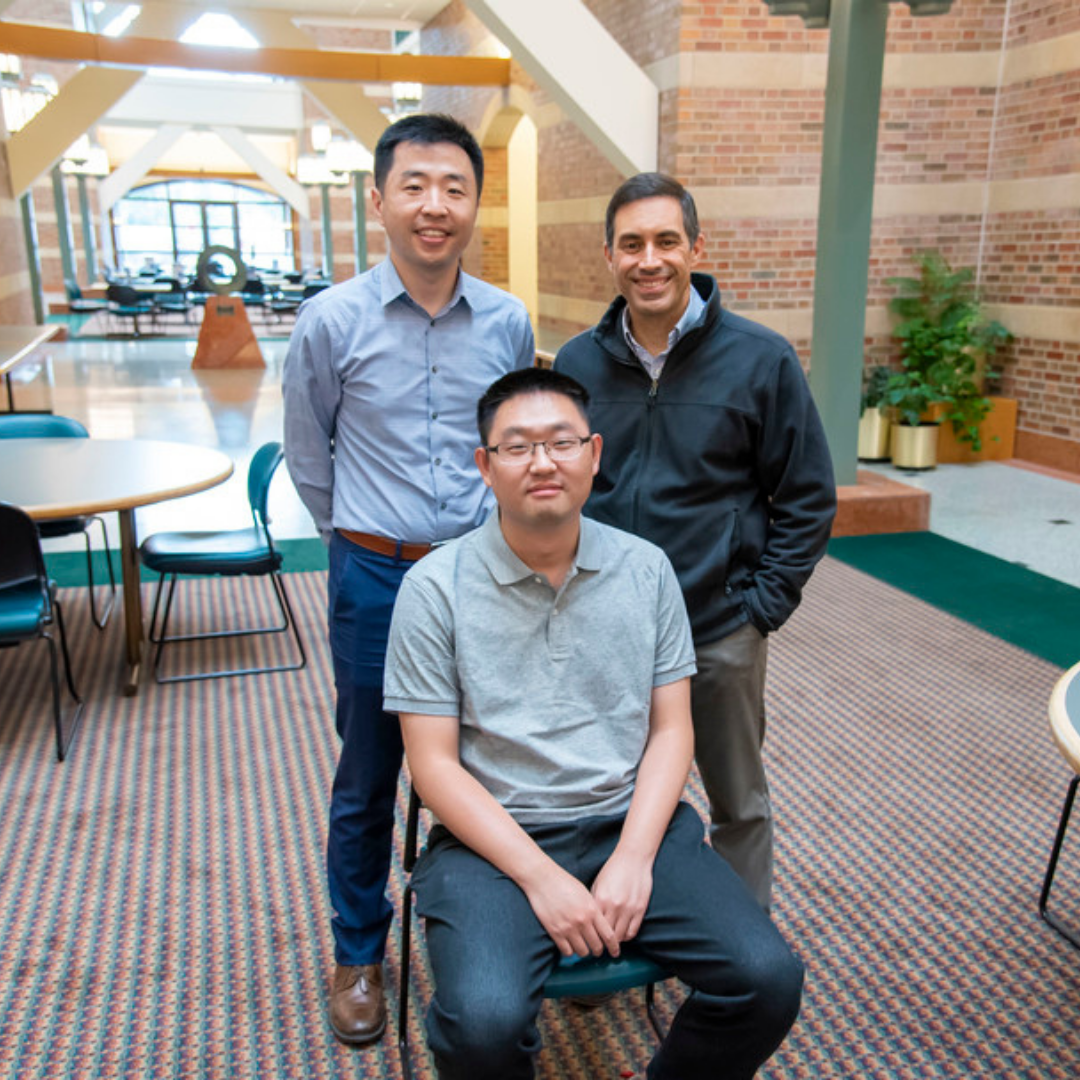 Researchers at the Beckman Institute developed a technique for producing super-resolution ultrasound images of tissue microvasculature in just a fraction of the time previously needed. Their work could enable future research into the neurovascular mechanisms behind conditions like Alzheimer’s disease.

To image microscopic vessels and measure blood flow in the brain, researchers use a tool called ultrasound localization microscopy. It works by using microscopic bubbles circulated through the bloodstream as a contrast agent to measure the reflection of high-frequency acoustic waves passing through the body. Until recently, acquiring images this way was slow and data-intensive.

Researchers at the Beckman Institute for Advanced Science and Technology developed a curvelet-based algorithm to quickly measure and reconstruct whole-brain vasculature and blood flow in mouse brains. Their work could be used to enable future research into the neurovascular mechanisms underlying conditions like Alzheimer’s disease.

Qi You, a graduate student researcher at the University of Illinois Urbana-Champaign, led the research under the direction of Pengfei Song, an assistant professor of electrical and computer engineering and bioengineering.

“Our method is a huge improvement for the practicality of this technology,” Song said. “Instead of averaging two or three minutes of data together, we need only one or two seconds of data and have a good image. Temporal resolution is hugely improved, and that is very important to measure dynamic properties of blood flow.”

The method relies on rotating and scaling many small, arbitrary curves to fit the local structure of microbubble imaging data.

“Locally, vessels are actually very similar to curvelets, these small curves. You can break down any arbitrary shaped vessel into a combination of arbitrary curvelets. When you apply a curvature transform to microbubble data, you find you need only a very small amount of data to represent the whole complete vessel structure. We have verified this algorithm in several different types of tissue and vessel structures, all of which it performs well on. Vessels are heterogeneous, but locally, they follow a similar homogenous structure,” You said.

Combining this curvelet model with a sparsity-promoting algorithm produced an efficient and highly generalizable method for measuring blood flow and vasculature from microbubble data in mouse brains.

The research was performed in collaboration with Dr. Dan Llano, a professor of molecular and integrative physiology.

“We have developed a tool that is capable of imaging whole brain microvasculature with very high spatial resolution and depth of penetration. For researchers like Dan, using small animal disease models is very important for mechanistically understanding pathologies like aging, Alzheimer's, or stroke,” Song said.

The method requires a very small amount of microbubble data to reconstruct blood flow and tissue microvasculature. It leverages the inherent sparsity of fast ultrasound imaging and accelerates post-processing to anywhere from 10 to 30 seconds, You said.

Song emphasized that the unique interdisciplinary environment at Beckman was a key driver of the collaboration.

“Our technology is, to the best of our knowledge, the only one that is capable of imaging whole-brain microvasculature at a very high resolution, so this is a very enticing tool for neuroscientists," Song said. "Beckman’s collaborative environment encourages scientists to connect with each other and create this kind of research. On the fourth floor, we are building these powerful imaging tools, and collaborating with researchers like Dan on the second floor who will use the things we build. The Beckman Institute is critical to this research.”

Microbubbles are widely used as ultrasound imaging contrast in clinical ultrasound of humans, opening the door for future clinical translation of the technology as a noninvasive assessment of stroke, vascular occlusion, and neurovascular health, Song said.

“Many neurological diseases and disorders have a very strong correlation to vascular diseases. Down the road, our ultrasound technology may be a good candidate for a screening technology, due to the low cost, portability, and safety. There is also a strong need to develop this technology for preclinical applications," he said.